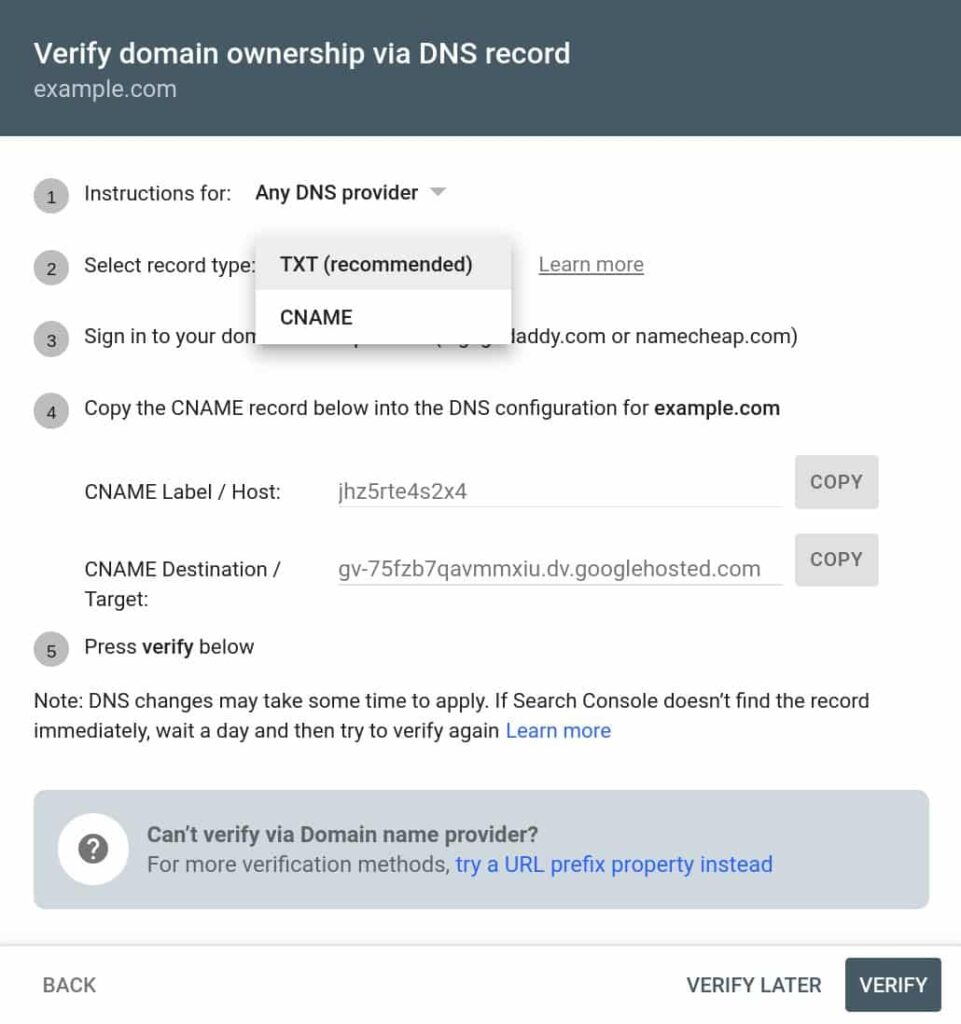 How it works. In Google Search Console, when you add a new property, Google lets you verify your property using several methods. These methods include:

What it looks like. Here is a screenshot showing the new CNAME method:

Confused? Thought so. Google has offered DNS verification for a long time. Daniel Waisberg from Google clarified that DNS verification only was supported using TXT in Google Search Console. He did add later that the old Google Webmaster Tools, once upon a time, did allow for CNAME DNS verification.

Oh wait! Actually, the CNAME option was available in the old Google Webmaster Tools, so maybe that's the reason you remember it!