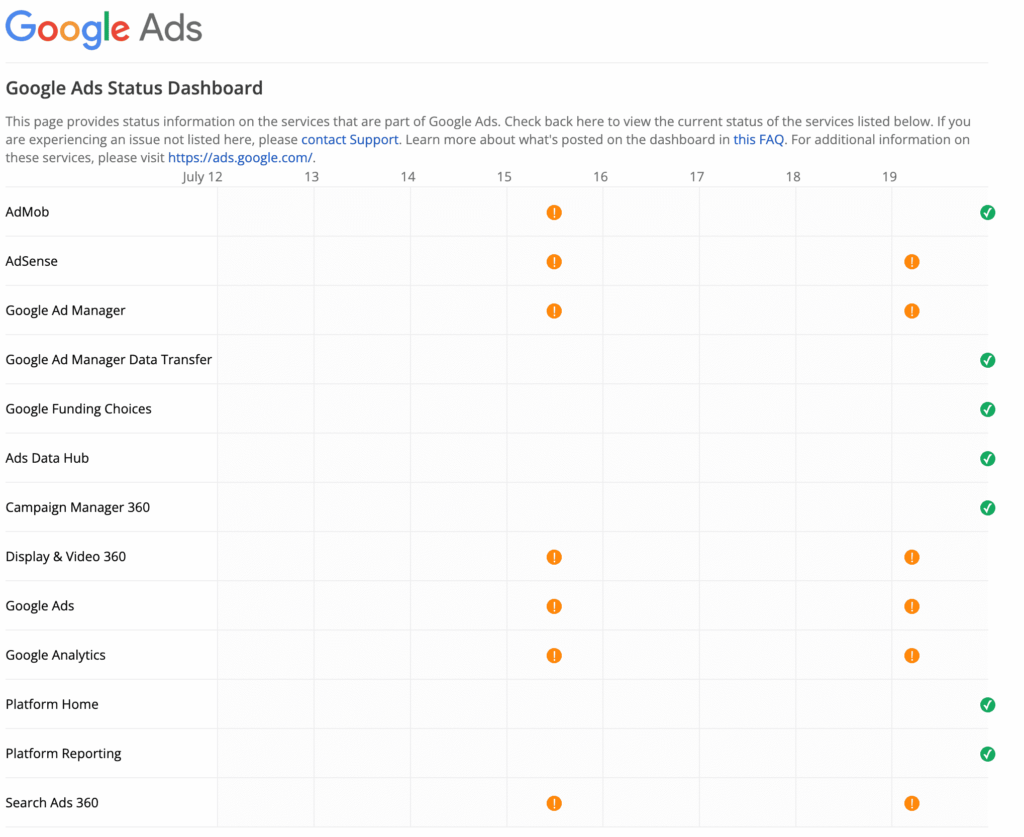 Google’s various ad platforms are suffering yet another reporting outage with serious delays to the Google Ads console, Google AdSense reporting, Google Analytics dashboards, and other platforms are impacted as well.

Confirmed. Google has confirmed the issues this morning, which we believe started at around 3 am ET on Tuesday, July 19th, based on the complaints we have seen from the search marketing industry. Google wrote “We’re investigating reports of an issue with Google Ads. We will provide more information shortly. The affected users are able to access Google Ads, but may not have access to the most recent data.”

Ginny Marvin, the Google Ads Liaison, also posted about this on Twitter:

What is impacted? It seems that many Google Ads platforms are impacted, including:

Here is the current incident report at the time of reporting this:

Again. Yes, again. We reported about similar issues this past Friday. Google resolved those issues several hours later but new or existing issues have come up again this morning.

Why we care. As Nicole wrote on Friday, incorrect reporting gives way to incorrect adjustments, optimization, and changes. Check your ads dashboard. If your numbers look incorrect, you may want to hold off on making any big changes until the issue has been resolved.