How to craft a winning Search Engine Land Awards entry: Past judges share their advice 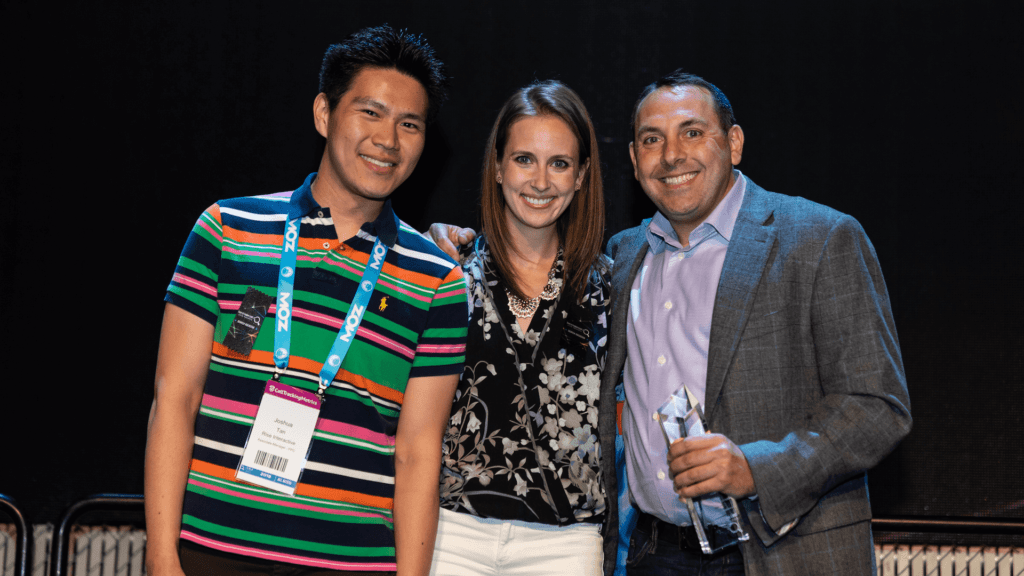 Since inception in 2015, the Search Engine Land Awards has recognized exceptional marketers on an annual basis — showcasing their oustanding work, providing well-earned exposure in coverage and interviews, and bestowing upon them the highest honor in search.

But the road between deciding to begin an application and winning the award can be a long one. Although this year’s submission process has been significantly streamlined — it’s never been faster or easier to apply to the Search Engine Land Awards — there’s still a story that has to be told. And while the way in which you tell that story is entirely up to you, we thought we’d look back on some advice from past judges about what really wows them, what they would love to see more of, and what areas are best avoided…

Keep reading for 17 tips for creating an award-worthy submission:

What impresses the judges most:

“What impresses me is when people have clearly aligned the tools and features they’re using to the goals they want to achieve. It sounds simple, but the entries that are goal-oriented rather than focused on tactics are always strongest.” – Ginny Marvin
“When entries have a new take on a situation or feature and talk about into how their strategy is different from the norm, and demonstrate why is their strategy or tactics are award-worthy.” – Brad Geddes
“When submissions are succinct but concrete in their campaign summaries, show examples (i.e., ad creative where relevant) and use straight-forward English rather than marketing speak.” – Greg Sterling
“When applicants are able to go beyond percentages of increases and show tangible results of how the campaign directly impacted the bottom line of the business. Also, it helps to put results into perspective — so instead of simply saying: ‘Before the campaign, the client was only bringing in this # of leads, clicks, etc — but the campaign raised that number to XXX’ offer an example of how the campaign impacted the business overall and not just the analytics. – Amy Gesenhues
“When entrants share a lot of technical data around their case studies.” – Barry Schwartz
“When entries prove their point with stats, graphs, and especially screenshots of GA/PPC Engine/ other paid search tech providers. Too many just say, ‘we increased business [some huge number]’ with no way to back it up.” – Brad Geddes
“It really impresses me when entrants show how they retooled, revitalized [a campaign] or did something extraordinary to achieve extraordinary results. Or, how they outfoxed a competitor in a clever way – anything that shows how extraordinary results came from really extraordinary work.” – Matt Van Wagner

What judges want to see more of:

“I love to see orchestration — when teams use tools, tactics and features in interesting ways to solve problems and execute on a strategy.” – Ginny Marvin
“Images from the campaign and data illustrating concrete outcomes. Calling out what was innovative or especially significant or effective about the campaign.” – Greg Sterling
“Stories around how the campaign was unique from other campaigns the agency and/or client had implemented in the past and the tools used to implement the campaign. Also, did you learn anything from the campaign that you’ve been able to introduce to other campaigns/clients. Were there any unexpected benefits that played out during the course of the campaign?” – Amy Gesenhues
“I’d love to see more data from our entrants that pinpoint successes or failures in their case studies.” – Barry Schwartz
“Entries that show the challenges they had to overcome that are outside of the norm (the scrappy startup against goliath, goliath showing it can innovate still against the scrappy startups stealing market share, etc), which might be market conditions, a business change, etc.” – Brad Geddes

What entrants need to stop doing:

“It’s great to test new betas, but having access to betas doesn’t make you a great marketer. Be sure your entry doesn’t lean on implementing the newest beta features as evidence of running a successful campaign. That’s not enough.” – Ginny Marvin
“Padding their discussions, using marketing jargon or bloated writing. I’d also like to see less self-congratulation.” – Greg Sterling
“Using language like world-class, best-in-class, etc. to define your campaign. Talk specific numbers and results. Using flowery language to build-up the campaign takes away from actual/quantifiable results. (In other words, let the numbers speak for themselves.)” – Amy Gesenhues
“Not differentiating on strategy or tactics. While it’s important that we see ‘best or standard practices’ are in place in an account, we are also looking for a detailed explanation of strategy that truly differentiates the work from others… For example, an account testing new ad extensions / formats or a landing page that breaks convention but delivers impressive conversion data.” – Brad Geddes
“Claiming increases of 200% when you really mean 100%. A 100% increase means you doubled your number. Going from $100 to $137 is not a 137% increase. It is a 37% increase. I’d like it that when you say ROAS, you show the formula you used to calculate it. A 1000% increase is almost always ignored as a metric. It is the opposite of impressive – it is suspicious. It is most likely you were doing very little before and now you are doing a little more than nothing.” – Matt Van Wagner

The Early Bird deadline for the 2022 Search Engine Land Awards is Friday, July 15 at 11:59 pm PT. Review the categories for 2022 and begin your application here.